Supercars’ new method of aerodynamic testing will not only provide a more level playing field between different manufacturers but also across all teams, says head of motorsport Adrian Burgess.

A second comprehensive VCAT (Vehicle Control Aerodynamic Testing) was carried out across the past three days at the same Oakey Army Aviation Centre that hosted a week-long test in December.

The inherent purpose was to ensure the 2020-specification Holden and Ford models of Supercars are on equal aerodynamic footing, leaving it to the best driver/team combination to win.

A more open means of distributing information is expected to also help non-homologation squads compete with Triple Eight and DJR Team Penske, who respectively carry out testing on behalf of all Holden and Ford teams.

That in turn could well give underdog outfits a better shot of sticking it to the big guns and securing success of their own this season.

“Part of this revised process is all data from the tests will be distributed to all teams,” Burgess told Supercars.com.

“So instead of just the information sitting with the homologation teams, which it has done in the past, the data from the test will be shared amongst all teams to help level the playing field and reduce any learning curves from the changes to the cars.”

Behind the scenes, staff of Supercars, Triple Eight and DJR Team Penske have been spending up to 18 hours a day at the Aviation Centre in the crucial hunt for parity. 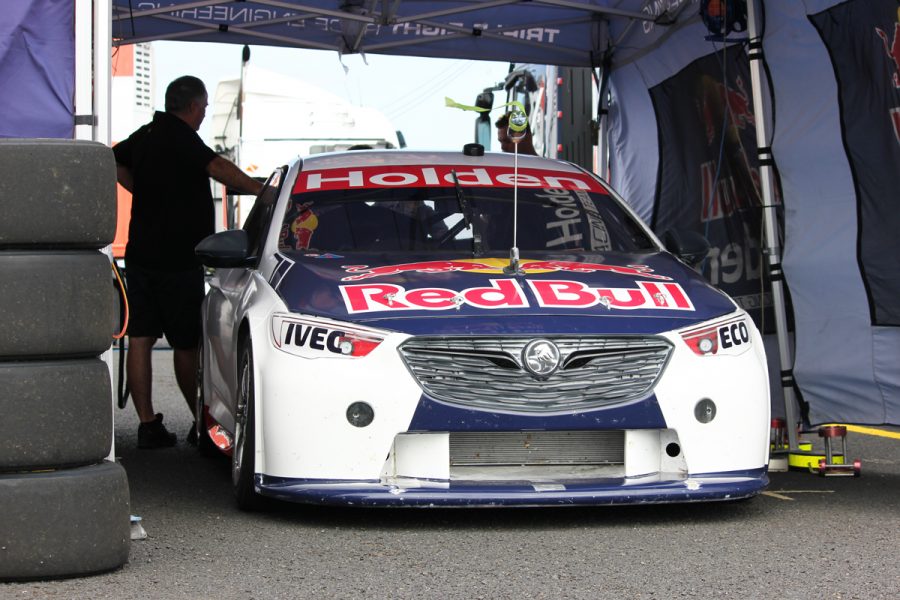 “It sounds silly but they put these airports in windy places for a reason, so our schedule each day is dictated by the weather, by the wind, and invariably as everyone knows the wind dies down overnight,” said Burgess.

That means, arrivals as early as 4am and departures as late as 10pm to make use of the less windy conditions.

In between, focus shifts to evaluating parts and settings for the next evening/morning window of opportunity.

Burgess has been open about the “regrettable” need to return for further testing after a discrepancy was found in the opening VCAT but is confident the new-for-2020 method will reduce the need for in-season tweaks that proved confusing and frustrating for fans last year.

“It’s definitely the direction we need to go,” he said.

“We’re all happy with it and the two homologation teams and the pitlane is happy with the processes we’re putting in place.

“Yes, it is more complicated, it takes more time to achieve the result we want, but ultimately it’s about trying to achieve parity and equitable racing and that’s clearly what we want to see.

“Last year was hard for everybody, making the changes, so we’ve taken the necessary steps to try to eradicate that issue from last year and provide the series with two brands where the cars are equal.”

Further, lessons learnt from the two VCATs this off-season will only improve the process for seasons 2021 and beyond.

“Like everything when you go through this process, you have a full debrief afterwards,” Burgess said.

“There are things that we know already that we can do differently to further streamline it and generate even more data the next time we come through this process.”

Teams will gather at Tailem Bend for the annual pre-season test on February 18, ahead of the Superloop Adelaide 500 later that week.

Via a press release this morning from Aston Martin, the 2020 Vantage Roadster has broken cover. The Roadster joins the... read more

Ferrari Reminds The World Why It Builds The Best Supercars

Overview As the most powerful and quickest factory Mustang ever, the Ford Mustang Shelby GT500 blends modern sports-car performance with... read more

More than 100 models are expected from 12 British and Italian brands This year’s North American International Auto Show will... read more

Coming Soon: The 13 Most Highly Anticipated Hypercars & Supercars We Just Cannot Wait To Drive 2019 and 2020 are... read more

The Hottest New Supercars of 2020

What do high-end automakers have in store for us this year? It’s safe to say that the horsepower wars... read more